The mechanical engineer took over a faltering business when he accepted the role as CEO of Air Berlin last year. To get the airline back on track, he has quite a challenge ahead of him 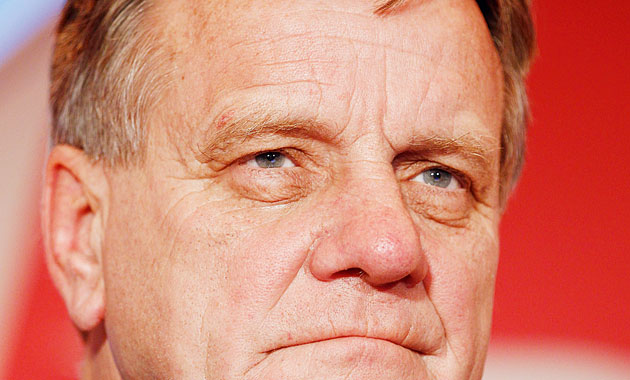 Once described as a terrier by a German airline analyst, Hartmut Mehdorn is determined to bring the crippled carrier Air Berlin back to profitability. But no matter how determined the 69-year-old industry veteran is, he won’t have it easy. The environment is hostile, and many issues look set to be enduring. While fuel prices remain high, the turbulence in North Africa has resulted in plummeting demand for one of the tourism industry’s former hotspots. Meanwhile, the German government is not inclined to back down on the travel tax issue, and the eurozone crisis isn’t helping the industry.

Drastic measures
Mehdorn, who is married with two grown-up sons and a daughter, took over the reins at Germany’s second-largest airline in September last year. The stoutly built new recruit immediately announced a drastic plan of action. To curb losses and help Air Berlin increase its fleet utilisation rate, he went about implementing various yield-supportive measures including the cancellation of several routes, as well as reduced operational frequency on a string of others. In total, capacity in 2012 will be kept at 2010 levels, which will lead to a hefty reduction of 16,000 flights and 2.2 million seats. The most severe cuts have been made across the markets of Egypt and Tunisia. Operation was collectively reduced by a third in the second half of 2011. Not stopping at shrinking flight schedules, a number of aircraft have been removed from the fleet, while the remaining aircraft have been redeployed to routes in high demand. Another move to streamline the business has been to concentrate all long-haul services at two hubs only, namely Berlin Tegel and Düsseldorf.

It would be easy to portray Mehdorn as the knight in shining armour stepping in to rescue a company brought to ruins by former CEO Joachim Hunold, but the work of his predecessor should not be undermined. Before coming upon tough times, he managed to transform the airline from small charter operator to major European LCC, then on to hybrid carrier and Oneworld member elect.

“I’d planned to step down for some time, but thought it better to resign at this juncture so the company can make an unburdened fresh start,” Hunold said in a statement announcing his resignation. The “fresh start” of which Hunold spoke materialised in Hartmut Mehdorn and his radical resurrection strategies. But only days after his joining the company, rumours started circulating that the carrier’s executive board had hired a head-hunting firm to start searching for a replacement for their new-recruit. But this could potentially be explained away when one considers that Mehdorn is almost 70 years of age, and was brought in as a “trouble-shooter”. Retirement age is already not far away. Mehdorn himself has allegedly claimed that he intends to stay in the position for at least 18 months in total.

Ghosts of the past
By no means a new face in the corridors of Air Berlin, Mehdorn has served as a non-executive director since 2009. At the time of his joining the board, Joachim Hunold gushed: “I am delighted that Air Berlin can rely on the rich experience of one of the best-known industrial leaders in Germany. The expertise in aviation and logistics he brings to the supervisory board will be of great benefit to Air Berlin.”

With a long and illustrious career behind him, the trained mechanical engineer’s past is not as squeaky clean as his amiable smile may suggest. In March 2009, he had no choice but to resign from his CEO post at Germany’s biggest public company, the national train operator Deutsche Bahn AG. Mehdorn landed himself in a flurry of controversy following allegations that he had subjected his staff to “spying” by undertaking covert surveillance methods. Mehdorn denied any wrongdoing and claimed that internal surveillance was put in place to prevent corruption and impropriety in contracts between the group and its suppliers. The monitoring activities were conducted on more than 173,000 staff in the period 2002-2003, and despite Mehdorn’s swearing a clear conscience, it emerged that the company had indeed spied on its employees, and had done so well beyond means of corruption prevention.

These were gloomy days for Mehdorn, and he quickly lost the support of figures such as Federal Transport Minister Wolfgang Tiefensee and Chancellor Angela Merkel. “I do not believe that Hartmut Mehdorn can remain on as the boss of Deutsche Bahn,” said Tiefensee. “My impression is that parliament and the federal government does not take him seriously and is beginning to understand the criticism.”

Before the scandal broke, Mehdorn, who had served the company since 1999, performed remarkably well and managed to double the group’s turnover. He also oversaw an ardent expansion, both in relation to its core rail operations business and across its logistics and services sectors.

As soon as the recession hit, the business took a turn for the worse and Mehdorn made reference to the crisis at a news conference ahead of its culmination. “There’s an icy wind blowing in our faces and we don’t know if it will grow into a hurricane.” Sure enough, the icy wind did turn into something of a hurricane, one which affected Deutsche Bahn adversely, sending its figures plummeting seven percent in the first quarter of 2009.

Towards the end of his tenure at Deutsche Bahn, Mehdorn had become a rather unpopular character even before the spying scandal broke. In the aftermath of the global credit crunch, he was openly criticised for the deferral of the plan to float a 24 percent stake in DB Mobility Logistics. In the same period, the group faced a number of significant industrial relations disputes. Other controversial points included the mass withdrawal of the ICE3 and ICE-T fleets, taken out of service for ultrasonic axle checks as a result of the derailment of an ICE3 train set near Köln in July 2008. To regain some of the credibility he has lost, it is essential that Mehdorn steers Air Berlin in the right direction, and fast.