The official in charge of EU membership negotiations has suggested Serbia could join the bloc as early as 2025, with EU leadership injecting new life into its eastward expansion 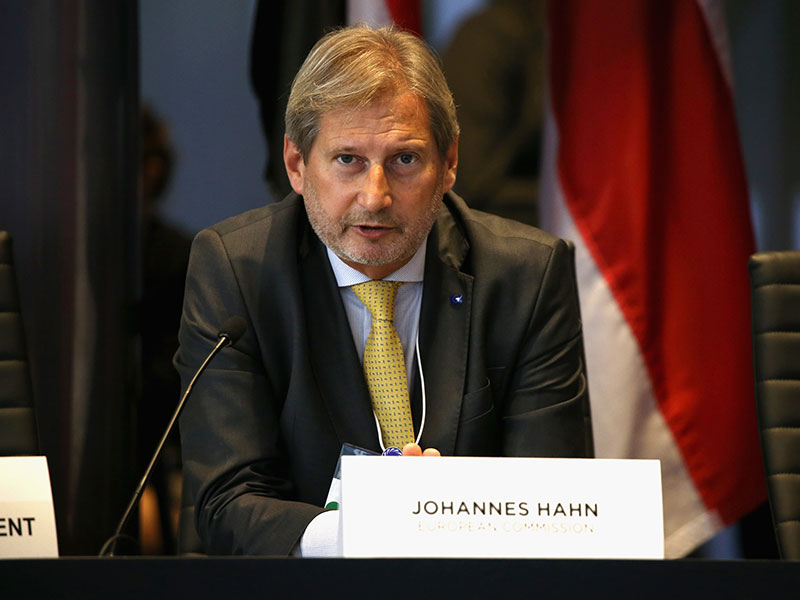 While commentators have voiced doubts over Johannes Hahn's timeline, the accession of Balkan states has emerged as a key priority for the bloc
Management

In an interview with Reuters, the EU commissioner in charge of the bloc’s membership negotiations, Johannes Hahn, said: “It is time to finish the work of 1989.”

Hahn, who was referring to the EU’s previous bout of eastward expansion following the collapse of the Berlin Wall, continued: “We have set 2025 as an indicative date for Serbia and Montenegro, which is realistic but also very ambitious.”

While commentators have voiced doubts over the speed of this timeline, the accession of Balkan states has emerged as a key priority for the bloc.

The renewed push comes, in part, from Bulgaria, which officially took over the rotating presidency of the Council of the European Union on January 1. The appointment puts Bulgaria in charge of driving the council’s work on EU legislation, for which the accession of the Western Balkans has been officially set as a key priority.

Albania, Bosnia, Kosovo, Macedonia, Montenegro and Serbia are all on the list of Balkan states hoping to join, though Serbia and Macedonia are in the most advanced stages of the accession process.

A more concrete timeframe for the enrolment process is likely to be established when officials meet for an EU-Western Balkans summit in Sofia in March. The summit will be chaired by Bulgarian Prime Minister Boyko Borissov and European Council President Donald Tusk.

European Commission President Jean-Claude Juncker has also pushed for expansion, including the creation of a strategy for the “successful EU accession of Serbia and Montenegro as frontrunner candidates in the Western Balkans” on his list of 10 short-term and medium-term priorities. The strategy is set to be published on February 6.

In a vote of confidence in the project, Juncker has also announced he will visit each of the Western Balkan states during the spring of 2018.