The World Cup winners’ most popular export might be football, but they contribute a lot more to the world economy 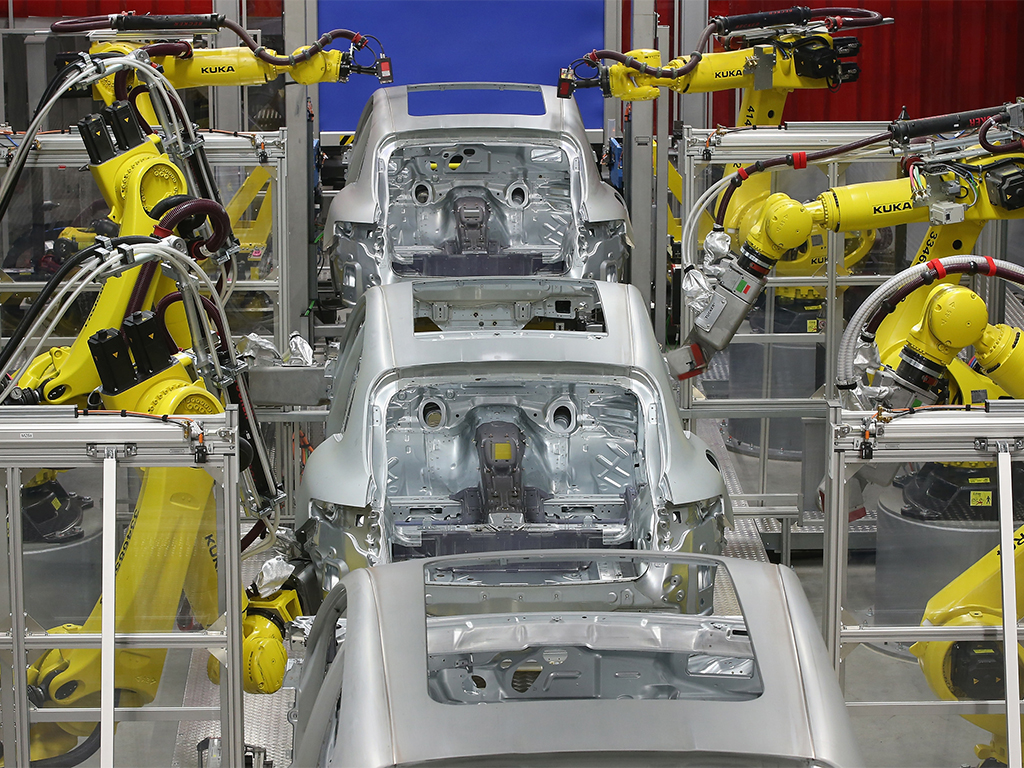 Robots working on the bodies of the new Porsche Macan in Leipzig, Germany. Cars are one of the countries biggest exports
Management

Germany lifted their fourth World Cup trophy in the Estádio Maracanã in Brazil on July 13. It was a proud day for the nation – and for Chancellor Angela Merkel, who joined goalscorer Mario Götze and the squad in dressing room celebrations.

Football aside, Germany is a world leader in exports, especially in the shipment of engineering goods, cars, machinery and chemicals. Their social market follows typical free-market principles and has a highly skilled labour force. Here are Germany’s top 11 exports – one for every starting player from the national team’s line-up.

Machinery
With a global value of nearly $2bn annually, it is no surprise that machinery is Germany’s most profitable export.

Cars
Audi, BMW and Mercedes-Benz are Germany’s Big Three, and Volkswagen Group is the largest automaker in Europe. Combined, the exportation of German-manufactured cars was worth $148bn in 2012 – that’s over 10 percent of the total exported goods.

Chemicals
Growth in the global chemical business is shifting to Asia, but Germany remains ahead of the pack. Its chemical exports make around $6bn every year – nearly half a billion more than the US. During the financial crisis, job losses at big plants were minimal, which enabled production to keep up with global demand.

Metals
Iron is used by nearly every sector in the world, including transport, construction, agriculture and energy. The export of iron ore, nickel and copper amounted to $111bn in 2012. Metals are Germany’s fourth biggest export.

Plastics
Germany may be blessed with the best football team in the world, but not with natural resources.  Still, its exports of rubber and plastic are the highest in Europe, with thermoplastics and thermosetting polymers both exported. Combined, they amount to five percent of the country’s total exported goods.

Foodstuffs
Germany is the US’s biggest market for agricultural food products in the European Union. Crops, legumes, potatoes and other vegetables are worth around $40bn annually.

Paper goods
Despite its high level of industrialisation, large parts of Germany remain covered by forest. It exports a huge quantity of paper goods, which had an export value of over $30bn in 2012.

Textiles
A long history of innovation and manufacturing makes the textile industry one of the most important for Germany. It is the third largest exporter of textile goods in the world, with its goods worth $26.4bn.

Petroleum
Germany exports around 14,260 barrels of oil every day. Petroleum is one of Germany’s smaller exports, equating to just over one percent of total exported goods.

Animal products
Germany produces more than bratwurst sausages. As global consumption of meat rises, so too must production. It is Europe’s largest producer of pork and exports to over 120 countries.