Growth expected to reach 3.5 percent over the next year would make Ireland the EU’s fastest-growing economy 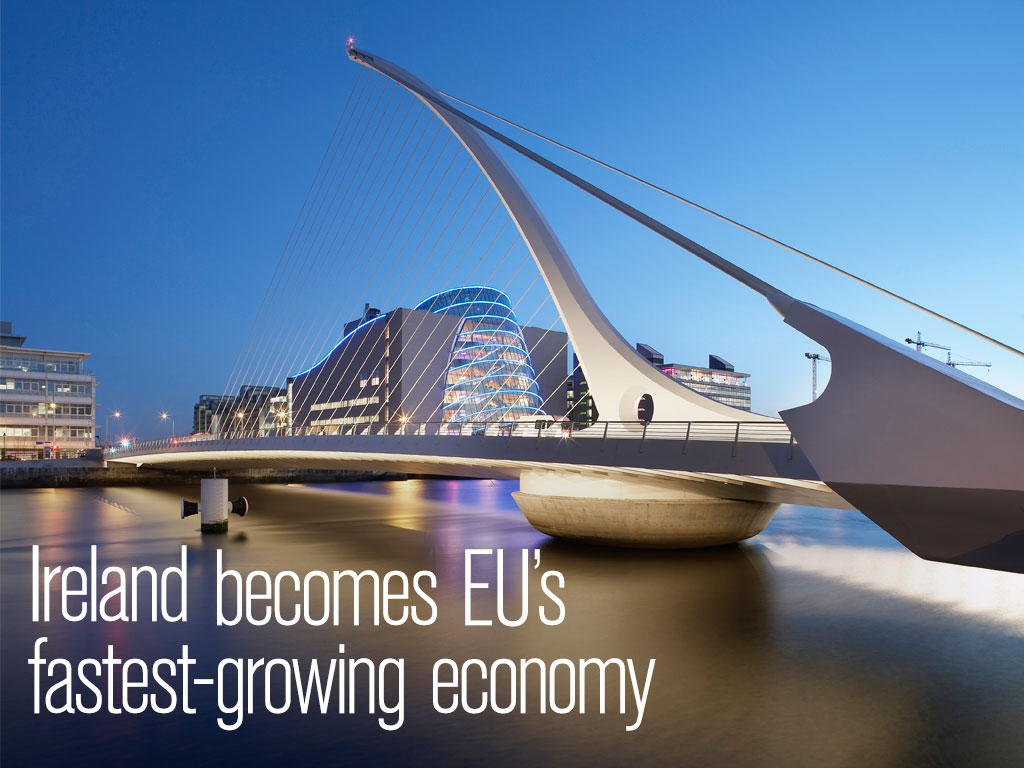 A European Commission shows that Ireland is set to become the EU's fastest-growing economy. Still, the country remains volatile, with a debt-to-GDP ratio of 115 percent
Management

Ireland’s economy is set to grow by the highest rate of all 28 EU countries during 2015, due to an exceptional economic rebound driven by a surge in exports of goods produced abroad by Irish companies.

According to the European Commission Ireland’s GDP growth will dip to 3.5 percent in 2015, after achieving 4.8 per cent in 2014. However, this will nonetheless remain ahead of Britain’s 2.4 per cent, France’s one percent and Germany’s 1.5 percent forecasts.

The report also highlighted the volatility of the Irish economy

The Winter Economic Outlook, published this week, stated that growth slowed in the third quarter of 2014, falling close to zero, but is still set to exceed expectations. The report also highlighted the volatility of the Irish economy as it noted the strong growth performance shown in the first nine months of 2014, when GDP grew by 4.9 percent, compared to the flat results in the last three months of the year.

Speaking to World Finance, European Commission Spokesperson for Jobs, Growth and Investment, EMU and the European Semester, Annika Breidthardt said: “Ireland will still grow in 2015 and 2016.

“Positive trends in retail sales, tax receipts and employment point to an underlying recovery in consumption. Moderate increases in salaries and low energy prices will have a positive effect on purchasing power. Household consumption is hence expected to become a key driver of GDP growth from 2015.”