Last year, Teva France faced a pharmaceutical firm’s worst nightmare when it was accused of causing deaths across the country. Amid the media storm CEO Erick Roche led from the front to save the company from disaster 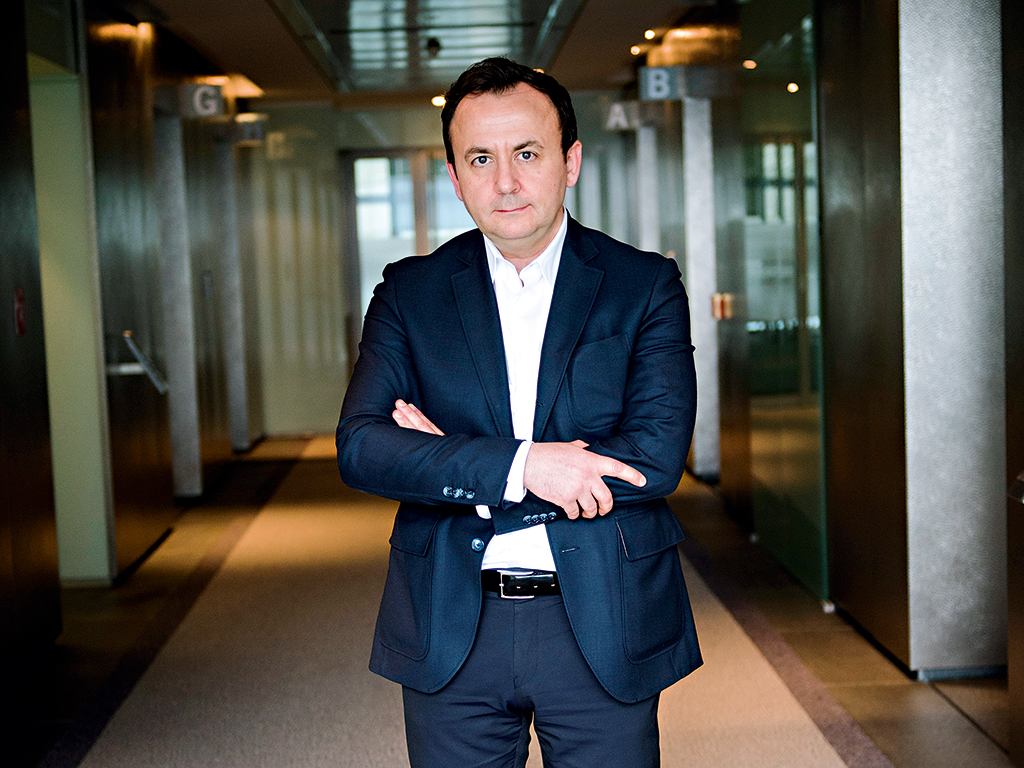 When Teva France was accused of being responsible for the death of an elderly woman, CEO Erick Roche didn't retreat to wait out the media storm - he tackled it head on, with honesty and integrity
Management

The headlines broke in June 2013 and suddenly Erick Roche, Chairman and CEO of Teva France, until then a runaway success, found himself in the firing line as accusations threatened to overwhelm the firm. A media storm blew up following the death of “several people” allegedly from taking one of its drugs, a diuretic called Furosémide.

As the media dredged up increasingly negative information about Teva, suspicions arose about the safety of its other products. The French medications regulator launched an enquiry and, on top of everything else, local police conducted their own investigation, while a Paris court convened a tribunal on the matter. Overnight 48-year-old Roche was effectively fighting for the integrity of a 112-year-old company on several fronts at once.

In such a threatening situation many CEOs hide behind public relations companies and issue bland statements that they believe will reassure the public and other stakeholders. Roche adopted a different tactic – for better or worse, he would bare all. He would be totally transparent and put his faith in the truth.

The first headlines were based on the claims of a pharmacist who had sold the drug to a 76-year-old woman. According to the initial news stories, the woman from St. Malo in Brittany had died after swallowing a single tablet and the pharmacist, who had been alerted by a client, reported his suspicions that the diuretic had somehow been contaminated by a sleeping medication known as Zopiclone, another Teva product.

According to the pharmacist, he had traced back the prescription and found the packet of Furosémide contained two tablets of the sleeping pills. The Teva laboratory at Sens, 120km from Paris in the Burgundy region, was immediately flagged as the culprit because it produces both drugs among some 240 others.

Defending a reputation
The very day Roche was alerted to the development, he contacted the relevant authorities and it was then that the news broke. The media was swamped with claims by scores of families that elderly parents and relatives had also died or fallen seriously ill from taking Furosémide.

The authorities had no option but to intervene and order a full investigation. The drug was withdrawn from the market – an initiative affecting 190,000 boxes – and production effectively stopped. The media broadened its own investigations and ran damaging stories about how the firm’s runaway growth in the last few years had led to sloppy internal practices and even, some claimed, shortcuts in the production processes.

The allegations threw a cloud over the firm’s entire portfolio of generic and proprietary products, and to boot the price of Teva’s shares on the New York Stock Exchange took a significant hit. The group faced its worst crisis in years and Roche encountered the biggest test of his management skills in his working life.

Founded in 1901 in Israel, Teva had indeed grown rapidly. Originally known as Salomon, Levin and Elstein, the company had started by distributing drugs and began manufacturing its own products in the 1930s. In 1976 it adopted the name Teva – meaning ‘nature’ in Hebrew – after a merger with three other Israeli companies and became a pioneer of generic drugs.

After the millennium Teva embarked on a series of bold and high-profile acquisitions that completely transformed the group. Starting in 2006, within five hectic years it bought US competitor Ivax Corporation, New York-based Barr Pharmaceuticals, Germany’s Ratiopharm, the latter a €3.63bn acquisition, America’s Cephalon in a €4.93bn all-cash deal, and finally Japan’s Taiyo Pharmaceutical Industry in 2011.

When the Furosémide affair hit Teva, the company was producing generics and proprietary drugs in the US and Canada, Latin America, Europe and Asia. It was the largest manufacturer of generics in the world with profits in 2012 of approximately €1.38bn on revenues of €14.5bn – and Teva France with its laboratories was one of the flagships of the group. Thus any stain on the French company would inevitably have widespread repercussions.

Within days four investigators from the National Association for the Security of Medication (ANSM) arrived at the factory. They began work on a Monday morning – and they finished on Tuesday evening, having found no evidence whatsoever of any contamination after testing 350,000 samples.

The ANSM report was unequivocal: “The four inspectors have identified no shortcomings in the organisation, in its processes or in the equipment employed in the plant.” In brief, there was no reason to shut down the factory. Quite the contrary, the plant apparently complied in every respect.

Still the media storm continued. The business newspaper Le Figaro, one of the most aggressive, reported the inspectors had “drawn a blank” but insisted, “the act of malicious intent has still not been sidelined, even if no evidence to date justifies this interpretation”.

Conspiracy theories
By this stage the affair had developed numerous conspiracy theories, with the Israeli press claiming their French counterparts had it in for the nation and other branches of the media even pointing the finger at the Hezbollah. There were reports that Teva had hushed up a couple of fatal explosions at its Israeli plants.

As one hostile story after another circulated, Roche decided to lead from the front. Rather than hiding from the media, he made himself available to all. Over a period of two weeks he gave no fewer than 50 interviews.

“It wasn’t easy because we were in a storm”, he later told French trade magazine L’Usine Nouvelle. “But there was an obligation to communicate. Our response was simple: be transparent, do not deny the situation, communicate fully as we went along in order to exclude various options as we came to understand what was happening, and to collaborate with the health authorities, the courts in Paris and the police.”

Despite the lack of evidence, the French media turned up stories, vehemently denied by Roche, about a dysfunctional organisation that had expanded at a breakneck pace and neglected the highly disciplined, paper-driven quality control that by definition underpins the business of a pharmaceutical company, particularly the biggest in the world.

“According to several documents obtained by Le Figaro”, reported the paper, “the quality of work at the heart of the laboratory has been open to criticism for several years”. It quoted internal reports dating from 2011 and filed by an ex-employee who deplored “inadequate systems” following the takeover of the Ratiopharm laboratories. There had apparently been 22 sackings from the Paris headquarters of Teva France between 2011 and 2012. “One thing is certain,” concluded the newspaper. “The reputation of Teva has taken a blow.”

The sackings dated from around the time that Roche took over Teva France. The Frenchman graduated with a M.Sc. in economic science and studied at Harvard Business School before starting his career at Apotex, a Canadian company specialising in generics. By 1996, he had shown enough ability to be given the top job at Biogaran, another generics pharma, before moving to Teva. Nothing in his previous experience had, however, prepared him for the turmoil over the death of the 76-year-old.

Answers and vindication
Some 21 days after the row blew up, the truth emerged following a rapid-response exercise that reflects credit on all the official agencies. Or, rather, half of the truth came out. All the diuretic pills in the suspect blister were established to conform exactly to the specified ingredients, a finding that completely absolved the laboratory and the company.

As Roche said: “When the tribunal in Paris concluded there was no case to answer, it closed a very important door. We were cleared – but we still didn’t know what had really happened.”

The full answer did not emerge for another week. The investigators from ANSM established that the death of the woman was, sadly, her own fault. She had been in the habit of placing her sleeping pills in other packages of drugs and mistakenly taken them instead of the diuretics. France’s Health Minister Marisol Touraine immediately confirmed the finding. According to Touraine, it all came down to “individual error” by an aged person.

Having been thoroughly vindicated, Roche might have sued the pharmacist and other parties in a bout of recrimination – indeed he was repeatedly asked why he did not. Instead, concluding there was no malicious intent, he elected to turn the episode to good by conducting a survey of the number of times such an event could occur – and why. That is, elderly people taking the wrong medication. “We must learn from the episode,” he said. “Otherwise it will serve for nothing.”

So Roche contracted researchers to conduct a multi-disciplinary study involving geriatricians, psychotherapists and other relevant parties to get a full picture of the issue for the first time. Just one part of the exercise required the collection of data from pharmacists of 30,000 of their patients.

The findings were extremely enlightening and the results are now being put into practice. In France, people over 60 take on average three to five pills a day, some of them several times a day, and the risk of swallowing the wrong ones is high. As L’Usine Nouvelle observed: “[Elderly people] often don’t understand the instructions, which can become a real problem in public health.”

How to handle a crisis
With the media storm fading in the face of a total lack of incriminating evidence, Teva was suddenly seen as highly ethical instead of the villain of the piece. And Roche’s policy of transparency got high marks from third parties.

“Whatever the sector, there is no difference in the method of dealing with a crisis”, explains Accenture consultant Pierre Anhoury. “You must establish a crisis committee, be careful there are no leaks, coordinate everything at the level of senior management, establish a dialogue with the victims and cooperate with the justice system.”

Although Teva incurred considerable costs in the investigation – for instance, 12,000 boxes of drugs containing a total of 350,000 pills were opened and analysed – and production was disrupted for the best part of a month, the event turned out to be little more than a blip for the giant pharma company. If anything, it has emerged with a better reputation than beforehand.

According to a survey, admittedly conducted by Teva itself, over 80 percent of respondents believe the company acted responsibly in the affair. In the aftermath of the so-called scandal, an organisation called Consequences Industriels – a group of professionals in the private and government sectors – adopted Teva’s crisis strategy as the model to follow. And today, Roche has other business leaders knocking on his door seeking out his advice.