The four types of CEO

As economic reform slows pace and we move into a new era of risk awareness, the danger at the top of the corporate ladder is less severe, writes Richard Rawlinson, vice president, Booz & Company 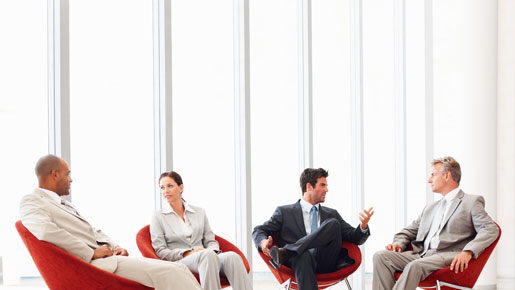 CEO turnover at the world’s largest 2,500 public companies slowed considerably in 2010, dropping below 12 percent for the first time since 2003, according to Booz & Company’s 11th annual CEO Succession Study. The annual study of worldwide CEO succession patterns draws on 11 years of continuous data on CEO succession events in the world’s top 2,500 companies, measured by market capitalisation. It provides an excellent perspective on trends and drivers of CEO appointments and how they are changing.

The decline in overall turnover in 2010 to 11.6 percent, compared to 14.3 percent in 2009, reflects the lingering recessionary business conditions that encourage companies to retain current leadership, as well as the legacy of higher turnover during the recession, which means there are fewer long-tenured CEOs to replace.

Part of the decline is also due to the increasing proportion of companies from emerging markets. With rapid economic growth and high market valuations, these companies are now more than a quarter of the top 2,500, compared to nine percent just five years previously. Emerging markets companies tend to enjoy faster growth rates, which helps a CEO to be perceived as successful. Their governance often reflects family and government ownership, which tends to lower CEO turnover. Chinese companies, for example, had turnover rates half the worldwide average.

As a result of the larger number of emerging markets companies, the overall geographic mix has changed, with Asian companies, including Japan, now accounting for 895 companies in this year’s sample versus North America’s 772 companies and Europe’s 619 companies.

There were 291 succession events in 2010 among the top 2,500 companies, and analysis of the reasons for them reveals a continuing decline in the rate of CEOs being forced from office, down to a rate of 2.2 percent, from a peak of 5.1 percent in 2008, and the lowest rate for forced terminations since 2001. Planned departures declined by 1.4 percentage points to 7.7 percent. Merger-related departures, the third category, were stable at a little under two percent.

Turnover rates do vary by country, reflect- ing both long-term and cyclical differences. The low rate in China is longstanding, as is the high rate in Japan, which reflects a very different management model and the different role a CEO typically plays in that country.

In the UK, the high CEO turnover rate, 14.3 percent among the top 300 UK companies, contrasts to a cyclically low rate of 10.1 percent in Europe as whole. This may reflect differential economic performance between the UK and Europe, and perhaps some random variation as the absolute number of UK CEO succession events was only 43.

There are some important long-term trends in governance. The roles of chairman and CEO are increasingly separated. Even in North America, with its historical commitment to the combined role, only 14 percent of incoming CEOs were assigned both titles in 2010, compared to 52 percent in 2001. There is a prevalent pattern of appointing insiders, who worldwide were 81 percent of the new appointees.

Compared to ten years ago, CEOs are being appointed at a later age, 52.2 years in 2010 versus 50.2 in 2000 and they have become older when leaving office, despite shorter tenure. In Europe, the average exit- ing CEO was 60 years old, and 56 in the UK, which has gone up by a couple of years since 2003. There has definitely been a trend to more experience and age being expected, not just as a result of recessionary times, because the CEOs leaving last year were on average appointed during a period of strong economic growth.

CEO tenure once appointed has shortened by 18 months: CEOs departing in 2010 had been in office on average 6.6 years, compared to 8.1 years for those leaving a decade ago. Over the years, CEOs with relatively poor economic performance have become more likely to be forced from office. In Europe as a whole, CEOs who were forced from office in 2010 had produced average returns of -0.9 percent pa compared to +3.2 percent pa for those leaving in planned exits. In the UK, the numbers were -2.0 percent pa and +4.9 percent. This greater contrast in performance between planned and unplanned existing CEOs has persisted for some years, and tends to suggest that in the UK performance prob- lems are a more common driver of unplanned exits than factors such as board conflicts, which may be relatively more important in Continental Europe.

For many years, the worldwide data has shown that CEOs promoted from within are more likely to generate superior returns for their shareholders. In part, this reflects the more difficult company circumstances that often lead to the call for an outsider. At Nokia, for example, it took sustained and dramatic underperformance for the board to turn outside the company, and outside Finland, for an executive who may bring a fresh approach.

Such appointees come in to companies that have performed worse, and the global statistics indicate that on average, they are not able to restore performance. They lack the insider’s advantages in understanding and managing in a familiar environment. Last year the gap between departing CEOs who were insiders when appointed and those who were outsiders widened: original insiders generated total shareholder returns (adjusted for regional average performance) of 4.6 percent per annum over their tenure, compared with 0.1 percent per annum produced by outsiders.

More detailed analysis shows that outsiders do tend to do well in their early years, but not in the last half of their tenure. That’s consistent with a pattern that outsiders remedy major failings in the companies they join, but are unable to transform their long-term prospects. It is also clear that companies turning to outsiders are nowadays looking for closely relevant experience. More than 51 percent of new outsider CEOs came from within the same industry. Over the past 11 years, the percentage of outgoing chief executives who had previously served as CEOs of a public company has risen from 4.3 percent in 2000 to 15.2 percent in 2010 – very few executives now change company to win their first CEO job.

For the first time, the results were split according to the role of the CEO in corporate management, and in particular how involved the CEO is in operational management. Was the company a single business company with operations run directly by the CEO, or a Warren Buffett style holding company, where the centre avoids operational management and concentrates on portfolio manager and results, or something in-between? In the sam- ple, 40 percent of companies were classed as having operationally involved corporate cen- tres and 10 percent as being holding companies, with the rest in-between.

It seems that in operationally involved companies, which are typically in one or a few closely related lines of business, it is easier and more common for the board to apply strict scrutiny to a CEO’s strategy, and power struggles with other knowledgeable insiders are more likely. A prominent UK case in point is Easyjet, where there were very public disagreements between the CEO, the board and Sir Stelios Haji-Ioannou, the founder.

This is not a suggestion to adopt the holding company model: the models tend to reflect the particular history and business portfolio.

But any CEO of an operationally involved company should recognise the especially demanding nature of their job: with hands-on management comes greater accountability and more personal exposure to disruption. There are likely to be multiple alternative candidates within the business, and a board and shareholders impatient for performance, to a degree that sometimes surprises new CEOs. Performance matters, but so does engagement with the board and the careful promotion and deployment of senior talent within the business.