Since taking on the role of CEO at Escada, Dr Bruno Sälzer has watched the company go through bankruptcy and bounce back. Now the fashion industry veteran is setting his sights high for 2011. It is not long since Bavarian fashion label Escada found itself on the depths of the cutting room floor. But, just […] 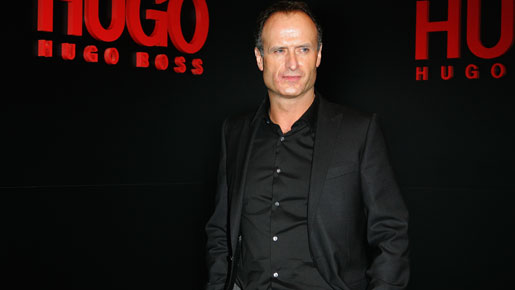 Since taking on the role of CEO at Escada, Dr Bruno Sälzer has watched the company go through bankruptcy and bounce back. Now the fashion industry veteran is setting his sights high for 2011.

It is not long since Bavarian fashion label Escada found itself on the depths of the cutting room floor. But, just 18 months after it went into insolvency in August 2009, Sälzer is celebrating a series of successes that hope to ensure the brand comes back stronger than ever in 2011.

In fact, the business administration graduate was instrumental in the recent opening of the label’s new €.5m flagship store on Munich’s most exclusive shopping street, and is using Escada’s new collection to entice people back to the brand.

Renowned throughout the industry, Sälzer first made waves in the fashion world as CEO of Hugo Boss AG. He originally joined the company in 1995 as a member of the Managing Board and subsequently climbed the ladder over a span of 12 years.

During that time he is credited with completely reshaping the development of Hugo Boss and leading the brand into an international future. His major strategic decisions included the introduction of a womanswear line and the broadening of the brand’s portfolio. Additionally he helped to boost the company’s net income to €154m in 2007, which neatly doubled the label’s profit in the year he became its chief executive.

But while it may have been a good ride, that journey came to an end rather abruptly in 2008 when Sälzer decided to step down. He is rumored to have left based on a dispute with the brand’s private equity company Permira over special dividends, but his departure is argued to have been amicable.

Upon leaving he said: “More than 12 exciting and successful years in the unique culture of Hugo Boss have come to an end. I will never forget the enthusiasm and passion of the employees when doing their job for our company and I will always remember it with joy. With this special Hugo Boss spirit the company will certainly look into a continued bright future.”

Following his departure, Hugo Boss’ stocks immediately fell, plummeting by 9.2 percent in Frankfurt trading. But Sälzer’s mind was already elsewhere, and he immediately turned his focus to his latest endeavor – as CEO of Escada, replacing ex-LVMH executive Jean-Marc Loubier.

But all was not well at Escada. The brand’s decline had begun after the death of its co-founder Margarethe Ley, who, along with her husband Wolfgang, had built it to be one of the best-known fashion labels of the 1980s and early 90s. In fact, in its heyday, it had enjoyed annual sales of around €800m.

But, as the consumerist demands of the new millennium piled pressure onto the brand to appeal to a wider range of shoppers, Escada floundered; thus Sälzer was drafted in to carry out widespread restructuring.

Sadly the businessman was bitten hard by his new venture when, in 2008, he invested €3m of his own money – his severance package from Hugo Boss – only to lose it just months later. As the company filed for bankruptcy and acknowledged its debts of over €177m, Sälzer found himself pleading with a judge to save it. In the end he was successful, and things looked up further when the brand confirmed a new partner that would help to pull them back into the black.

That partnership arrived in the form of 33-year-old Megha Mittal, a member of the renowned Indian steelmaking family, who bought over Escada in 2009 for an estimated €100m. Mittal has proved to be exactly what the company was looking for, and she has effortlessly injected a whole new sense of style and glamour into the previously-flailing label. She has been the new lease of life that Sälzer knew was necessary, and he has been full of praise for her, calling her the “ideal Escada woman”.  In return, she has hailed the “relentless efforts” of him and his team, and believes they will take the company further into the black in 2011.

Now, over a year into the partnership, things certainly seem to be working out, especially with the additional of a whole new management team. The brand has a new vision “to offer cool glamour, sensual femininity, a perfect fit and high quality” and prices have dropped by around 20 percent in order to give it wider appeal.

Throughout the grueling restructuring, Sälzer has retained his trademark upbeat approach, saying: “Of course it is hard to bounce back from bankruptcy but we have survived well. We have positioned ourselves correctly and are developing key trends for the future of Escada, which will directly transform our fashion.”

Today the CEO remains hands-on, and can often be found milling with designers and discussing the finer details of a particular piece. He works closely with Bettina Hammerl, the company’s Director of Brand Management, helping to narrow down aesthetic decisions or select just the right fabric in the hope of crafting a collection that excels where past ones have failed.

His determination is resolute and it certainly appears that, through the rise of Escada, he will strike gold again. “The success of our collections is now paramount, as is our valuable connection with our clients. I believe in heavily investing in that element of our business as halting the creative process behind a collection will simply result in a lack of emotion. We’re not about to do that. The new Escada may be more affordable, but nothing has been lost from our vision to create top quality fashion with no compromises.”