Michelin experienced an unprecedented event when for the first time since its creation in 1889, a non-family member was elected for the group’s top job 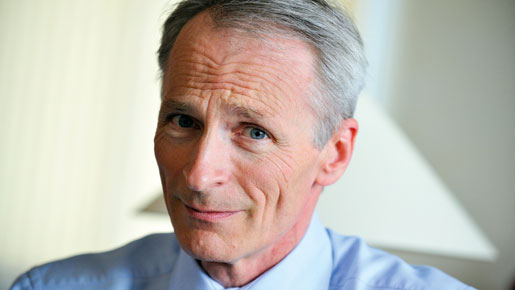 The serenity that emanated from current CEO Michel Rollier the moment he announced Senard as his successor did not befit the significance of such a groundbreaking proclamation because Michelin is actually getting ready for a revolution. After being a family-run business for over 122 years, the French tyre manufacturer is preparing to be led for the first time by a non-family member.

When Rollier retires in around 24 months time, Senard will have to run the company single-handedly. Rollier took over the role of CEO after his second cousin, Edouard Michelin II, the great-grandson of founder Edouard Michelin I, drowned in Brittany in 2006. After the announcement, Rollier said: “We have turned a page. Michelin is no longer a family business even if Jean-Dominique perfectly embodies the values of the Michelin family.”

Senard, however, reassured shareholders that “although [he is] not a family member, what truly matters is that [he] carries the family values forward”. He will know better not to get too hung up about this when there are more significant company issues waiting to be solved. Under current company rules, Senard as the future CEO of Michelin, a multibillion, multinational and universally recognised brand, will have unlimited personal liability towards the company. Just a bit of added pressure for Senard to make absolutely certain the company runs smoothly.

No interview required
Senard, 58, went to Hautes Etudes Commerciales (HEC), one of France’s most prestigious business schools and a renowned breeding ground for leading business managers. He completed his education with an MA in law at HEC before commencing his steady climb through the highly competitive upper ranks of France’s leading companies.

The father of three began his career with various financial and operational management positions at oil company Total Group between 1979 and 1987 and moved to construction materials group Saint Gobain in 1987 where he stayed for nine years. Senard joined aluminium conglomerate Pechiney in 1996 as CFO and member of the Executive Committee. Pechiney underwent a restructuring during which time a planned three-way alliance with Alcan and Algroup fell through, leaving Pechiney in limbo until Canadian rival Alcan showed an interest.

When in 2003 Alcan launched a €3.4bn unsolicited takeover bid for Pechiney, Senard was appointed Chairman and became a member of Alcan’s Executive Committee, responsible for the integration of Pechiney and Pechiney SA. He evoked great impressions with ex-colleagues, who described Senard as a “determined and resistant industry man with highly international dimensions”.

Walking a tightrope
In March 2005, Senard joined Michelin as its CFO and member of the Executive Council of the group. After the accidental drowning of his boss Edouard Michelin I, only two years after joining Michelin, he was appointed Managing Partner of the group in May 2007. He took over the role as one of a team of three, alongside Rollier and Didier Miraton, and served as Head of Financial Affairs Legal Services Plans and Results.

Senard, the son of a diplomat who grew up in a succession of embassies around the globe, may be able to use some of this childhood familiarity as Michelin now prepares to battle some of its biggest challenges yet. There is immense government and union pressure on Senard to maintain an equilibrium between preserving industrial jobs in the country while simultaneously protecting Michelin’s future. The tyre maker is planning to double its sales in emerging markets by 2020.

Driving in the fast lane
On the day of his CEO nomination in Clermont-Ferrand, where Michelin has its headquarters, Senard took the opportunity to inform shareholders that Michelin is experiencing significant pressure from high raw material prices. “This year, raw material rises will have a €1.8bn impact on our accounts,” he said. Senard believes that the rise in prices is set to continue. Accordingly, Michelin will again have to pass price increases along to consumers to offset these additional costs while it continues to work on the development of alternatives to natural rubber.

Temporarily though Senard is taking over a smooth sailing ship as the tyre maker posted a sales rise of 28 percent for the first quarter to €5.05bn from €3.94bn the previous year. The company plans to drive volume growth of at least 6.5 percent until the end of the year and could possibly raise that target if end consumer sales volumes maintain their existing level.

Tailored by region
Senard will be overlooking Michelin’s €1.6bn investment which has been put in place to ensure growth in emerging economies such as Brazil, India and China. It was expansion in developing markets that Michelin had in mind when it recently launched its new tyre, the ‘Energy XM2’, which was adapted to withstand longer distances.

Michelin noted that the existence of research facilities in numerous countries enables its engineers to adapt products to more specific local circumstances. CEO designate Senard knows that Asia will be an important continent for Michelin to get a hold of, as it plays a key role in their local adaptation strategy in which Michelin continues to develop its operations throughout the region.

Senard is known for his strong work ethic and confidence in decision-making. He will need those skills in his attempt to move Michelin, the world’s second largest tyre maker, to the very top ahead of Bridgestone. It also remains to be seen if the diplomatic touch he acquired as a youth will prove beneficial in keeping Michelin on the edge of innovation.