Europe’s incoming climate chief is determined to crack down on emissions from cars, but any new goals are at least a decade away. Connie Hedegaard will struggle against political inertia, the complexities of electric vehicles and the power of big auto, making a rigid 2020 target her best possible outcome. Hedegaard is widely expected to […] 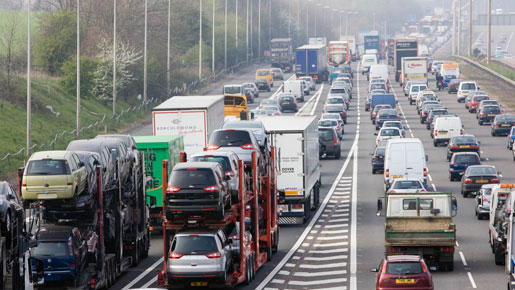 Europe’s incoming climate chief is determined to crack down on emissions from cars, but any new goals are at least a decade away.

Connie Hedegaard will struggle against political inertia, the complexities of electric vehicles and the power of big auto, making a rigid 2020 target her best possible outcome.

Hedegaard is widely expected to survive a vote next month on her nomination for the post of EU climate commissioner, clearing the way for her to fulfil a pledge to tackle pollution from transport.

Truck and van makers had been warned of imminent regulation, but most car firms were expecting a period of relative peace after a bruising battle in 2008 that pitted environmentalists against auto nations France, Germany and Italy.

Under the final deal in 2008, auto makers must cut the average carbon dioxide output of new cars by about 15 percent to 130 grams per kilometre by 2015.

Denmark’s Hedegaard surprised them by telling the European Parliament that the current rules appeared too soft and might need tightening.

Critics have been particularly damning that a second 2020 goal for cars has no legal clout.

“It can be important to try and review – did we go far enough at the time?” she told the European Parliament hearing.

“Often we’ve seen industry will protest and say it’s going to be extremely difficult … but then it turns out that when we do these things, we can often do it quicker than claimed before, and they can do it even more ambitiously,” she added.

Environmentalists have been saying the same thing for months. They point to such automakers as Volkswagen, which they say has doubled the EU emissions-cutting target in two years with a 27 percent reduction by its Golf BlueMotion.

Political clash
“People in the industry tell me that emissions will be cut by 25-30 percent in the next three or four years simply through what’s already in the pipeline,” said auto expert Paul Nieuwenhuis at Cardiff Business School in Wales.

By comparison, the current challenge for carmakers to cut by 15 percent over the next five years could look paltry.

But most veterans of the 2008 battle say it is unlikely the 27-country EU will review the 2015 targets after such an emotive clash with industry.

“The automotive industry is quite powerful, because it is one of Europe’s largest employers and any decisions become very political,” said Tom De Vleesschauwer, a consultant at IHS Global Insight. “What’s down in the regulations for 2015 is not going to be changed.”

Instead, Hedegaard will have to settle for a strategy review and on firming the 2020 goal, which is ambitious but has little legal weight. That would force carmakers to make a deep cut by 38 percent from today’s levels to 95 grams per kilometre.

Any changes will have ramifications beyond Europe’s borders – many other regions look to the EU for a lead on environmental policy, so standards set there have a much wider impact.

Japan has similar goals to the EU, and the US is struggling hard to catch up.
Revolution
Achievements so far have been via conventional technologies such as cutting weight and improving aerodynamics, by switching to smaller turbo-charged engines and by adding stop-start mechanisms to cut emissions in stationary traffic.

But what follows will be much tougher.

The next steps – to go below 100 grams per km – require breakthrough technologies, says auto industry group ACEA. And to make such investments, manufacturers need assurances that sales will not fall flat.

The car industry’s history books are scattered with sales flops, such as Fiat’s Seicento Elettra and Audi’s Duo hybrid.

“We’re on the threshold of revolutionary changes in how we power and fuel vehicles, and nobody can do it on their own – neither the auto industry nor a policymaker,” ACEA spokeswoman Sigrid de Vries said.

Electrification will be at the heart of the 2020 strategy.

Next month in the Spanish city of San Sebastian, the EU will launch a project to support electric vehicles.

That promises years of wrangling over a number of tricky issues, not least how to measure the “greenness” of electric cars when the electricity used to charge them varies so widely.

In Poland, where over 90 percent of power comes from highly polluting coal-fired power stations, electric cars start to lose their green credentials. But in France, where about 80 percent of power is nuclear, they have a much lower carbon footprint.

Meanwhile, industry has yet to settle on a firm business model for selling a rapidly evolving product. Should electric cars be sold or leased? Could dealers sell the cars and lease the batteries?

And how about public charging facilities? The EU has a lot to get to grips with.

“Past experience suggests that carmakers will fight to delay and dilute the standard,” said Greenpeace transport campaigner Franziska Achterberg. “The faster policymakers get onto this, the higher are the chances that they can fix a sufficiently ambitious 2020 target.”

Hedegaard will not be the only commissioner wanting to put her stamp on the legislation, said De Vleesschauwer at IHS Global Insight.

“Various different Commission departments will be involved,” he said. “The climate and environment people might be very keen on being severe, but their colleagues dealing with competition and enterprise might not agree. It’s a big game.”