The art of collecting fine wine 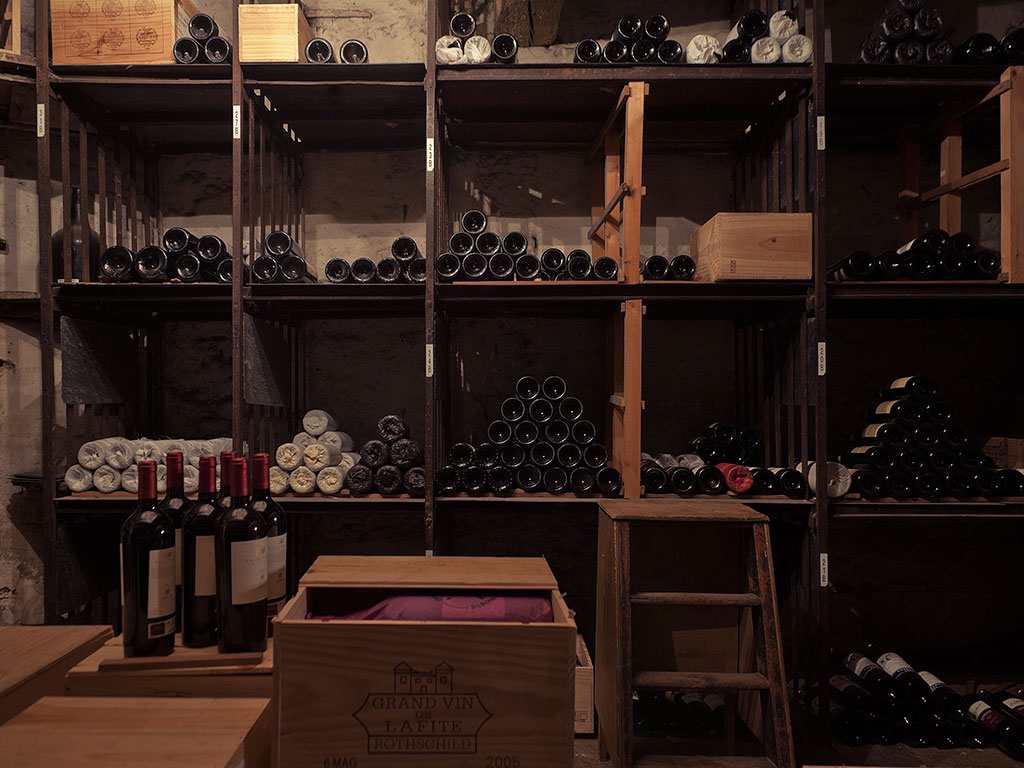 Wine: it’s the drink that never falls out of favour.  The ancient Greeks recognised the benefits of wine as a source of immense pleasure and economic growth.  As early as the 5th century BC, Greek historian Thucydides wrote that civilisation only started when man ‘learned to cultivate the olive and wine’.

Only three years ago, French collector Christian Vanneque paid £75,000 for a bottle of 1811 Ch. d’Yquem, making it the most expensive white wine ever sold

Centuries later, the wine market is thriving: Only three years ago, French collector Christian Vanneque paid £75,000 for a bottle of 1811 Ch. d’Yquem, making it the most expensive white wine ever sold.  Globalisation and technological advancements have not only opened up the world to the pleasures that can be had from wine, but transformed it into a drink from which the financial rewards can be great.

The key to building a collection of wine relies on two qualities: passion, and an instinct for spotting a good investment.  At the very minimum, one has to understand that fine wine is a luxury product that improves with age, is produced in limited quality, and becomes rarer with each bottle opened.  It is also crucial to understand how the industry is evolving.

The changing market
The fine wine market has changed immensely in the last decade, offering unique opportunities to collectors.  Globalisation has opened new routes to market with New York clients purchasing wine from traditional London merchants, and rising interest in wine from emerging markets has put pressure on already limited supplies of stock. The web has also had a major role in the growth of the wine market: Websites such as Liv-Ex and Wine-Searcher have brought a transparency in pricing hitherto unknown, and Berry Bros. & Rudd’s BBX (Berrys’ Broking Exchange – an online wine trading platform for private individuals) has replaced cumbersome, archaic manual broking lists.  Social media has increased the power of wine critics, and easy-to-understand ratings such as Robert Parker’s 100 point system have become influential.

All indications are that prices are set to rise in 2014

Political decisions such as the reduction of duties in Hong Kong in 2008 to zero (from an original 80 percent) have increased fine wine consumption in Asia. Unfortunately this has also fuelled speculative buying, which was further encouraged by a number of short-term investors looking for a quick return without a thought for the final consumer. In a relatively short period, this created an artificial climate focused on the most recent vintages of a few wines, with rarer, old vintages cheaper than the newest release. During a period of global economic shock, the fine wine market reached an unprecedented peak in 2011, but has since corrected itself and current prices hold an opportunity for the savvy buyer.  All indications are that prices are set to rise in 2014.

The tipples that tempt
Bordeaux remains the core of the fine wine market. No other region in the world can boast the magical combination of tradition, the largest number of iconic properties in a small region, an easy to understand classification system and a strong secondary market. In 2013 Bordeaux accounted for 60 percent of Sotheby’s sales and over 70 percent of Liv-Ex trading. The five First Growths (Ch. Lafite-Rothschild, Ch. Latour, Ch. Mouton-Rothschild, Ch. Haut Brion and Ch. Margaux) and their right bank equivalents Ch. Petrus and Le Pin will always be the pinnacle of the world of fine wine. Increased cash flow into the region and meticulous wine making have also put the spotlight on producers such as Ch. Montrose, Ch. Pichon-Baron, Ch. Palmer, Ch. Pontet-Canet and Ch. Lynch Bages, whose quality today rivals that of the First Growths a decade ago. Buying wines en primeur was traditionally the best option as it guaranteed the best prices. It remains the best option for securing large formats and offers extra security in regards to provenance, but with increasingly high release prices there is value found in back vintages. With 2013 as an average vintage in Bordeaux, well-informed buyers should focus on quality back vintages such as 2005, 2000 and 1996.

Widening horizons
The peak in 2011 has resulted in a broadening of the market, which is a trend that is set to continue in 2014 with signature wines such as Spain’s flagship wine Vega Sicilia’s Unico, Italy’s Super Tuscans or California’s cult wines, as well as premium champagnes such as Dom Perignon and vintage Krug. A row of outstanding vintages has further increased awareness of traditional French regions. In 2013 Rhône sales saw an unprecedented rise on Liv-Ex with Guigal’s La La’s (La Landonne, La Mouline and La Turque) leading the way. The rising interest in Burgundy is sustainable due to the tiny production. Domaine de la Romanee Conti topped the 2013 Sotheby’s Wine Ranking, and competition is fierce for the great names such as Domaine Armand Rousseau and Domaine Roumier. Burgundy is a region of winemakers rather than large historical properties, and recognising the new rising stars can be rewarding. It should be noted that these producers are not keen to see their wines used as investment vehicles. The increasing price of land in Burgundy has resulted in a new generation of passionate and highly trained wine makers that set up micro-negociants instead of purchasing land. Names to watch include Lucien Le Moine, Benjamin Leroux and Oliver Bernstein.

Buying the best
How does one buy in a market place with a multitude of producers, vintages and merchants? The easiest answer is to buy the best from the best. Key to starting a wine collection is identifying the best wines and buying and storing your wines in original cases under bond (excluded from duty and VAT in government controlled warehouses). It guarantees that wines have been stored in a temperature-controlled facility and adds extra security against forgeries.

Building a strong relationship with your wine merchant can be extremely beneficial. A trusted merchant will advise on which wines to buy, identify trends in the market, and organise storage. They will help you secure difficult-to access stock and will provide an exit strategy if you decide to sell.