The EU's efforts to establish the full carbon emissions from burning bio-energy is an all but impossible task, illustrating the difficulty of trying to cut humankind's environmental impact 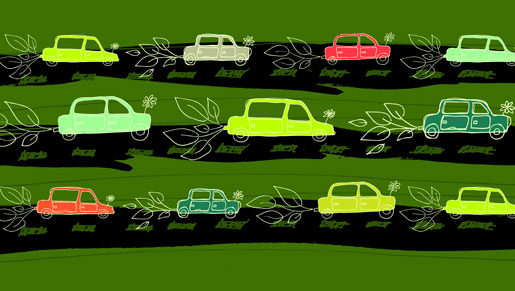 The complexity of trying to link energy crops including corn for ethanol on one side of the planet with carbon emissions on the other is a tangled web of cause and effects which might recall an equation in atmospheric physics.

But a fuller measure of carbon emissions is important, even an inaccurate number beats ignoring the issue, especially given the lessons from a related food versus fuel battle which sparked a global backlash against liquid biofuels three years ago.

In a world of limited land and a growing population decisions taken in Europe can cause farmers to wield chainsaws in a tropical rainforest.

Trying to substitute 10 percent of fossil fuels with solid and liquid bio-energy would consume 20 percent of the world’s current harvest of all plants and trees, illustrating the need for limits on bio-energy.

That’s because the calorific value of fossil fuel consumption is double that of the world’s entire harvest of biomass for food, clothing, energy and wood products, show data from European Environment Agency (EEA) experts.

The EU’s executive Commission is deciding whether to account for a range of ignored carbon emissions in a step which is exciting passions in policy, the biofuel industry and academia.

Groups of US and European experts recently urged the EU to take a full look at indirect emissions effects which some biofuel producers hotly dismiss as an academic joke.

And there are implications for the EU’s broader renewable energy targets, achievement of which relies heavily on bio-energy. The EU has a target to get a fifth of all energy from renewable sources by 2020, and up to 10 percent of road transport fuel from biofuels.

Reckoning
The EU is rewarding consumption of bio-energy to try and wean off fossil fuels and cut carbon emissions.

Food, energy crops, wastes and wood fuel can all be used to generate bio-energy, including solid and liquid fuels for heat, power and transport.

They incur direct, observed carbon emissions for example from tractor fuel and fertilisers. Qualification for support payments and numerical targets is conditional on liquid biofuels cutting carbon emissions by at least 35 percent compared with gasoline and diesel under the EU’s Renewable Energy Directive, rising to 60 percent from 2018.

The EU recommends the same savings for solid biomass such as wood fuel compared with gas or coal.

But the rule only applies to direct emissions, not so-called indirect land use change (ILUC), where some bio-energy displaces grazing and food crops, driving carbon emissions from causing land to be ploughed up elsewhere.

One study last year estimated that full ILUC accounting would increase the net carbon emissions of bio-ethanol made from U.S. corn by 40 percent, to nearly the same emissions as burning gasoline, at 92 grams of CO2 per megajoule of energy compared with 96 gCO2.

In another so far ignored effect, members of the scientific committee of the EEA last month drew attention to a “basic error”, from ignoring what they called “foregone carbon sequestration”.

All plants extract CO2 from the air as they grow. If they are then burned to produce energy, the CO2 is released back into the air in what appears a zero net effect.

But when energy crops are planted they replace other plants, such as a crop, grass, scrub or forest, which were also actively extracting CO2.

In a full reckoning of effects that interrupted CO2 sequestration should count as emissions, said the EEA experts in a suggestion which would increase the carbon emissions of all bio-energy crops unless these were planted on barren land.

Proposal
The EU has to make do with limited information. Regarding indirect, ILUC effects, these are unobservable and rely on agronomic-economic models still at an early stage.

A draft EU study meant to inform the bloc’s decision illustrates the uncertainty: it cited estimates of the extra cropland needed worldwide to meet the EU’s 2020 liquid biofuel target at 8,209 to 52,372 square kilometres worldwide.

European Commission leaks suggest the preferred policy response, to be announced, will arbitrarily raise the bar for all liquid biofuels, to CO2 savings of 50 percent from 35 percent compared with fossil fuels.

The ruling would likely be extended to solid biomass, such as using wood fuel to generate heat and power.

While unscientific, the approach will work as a stand-in. It will probably disqualify bio-ethanol made from corn – a highly inefficient process – but allow more efficient sugar cane-based ethanol.

But it should be coupled with certification of bio-energy which adds least carbon emissions, such as waste including sawmill residues, food waste and crop co-products, in a simple refinement recognising and rewarding these more. That could be tied with industry standards for wood fuel from sustainable plantation forests.

A full accounting method in the long-run will favour the industry by driving efficiencies, advancing greener approaches, and quelling hostile green groups and doubtful scientists.

Removing subsidies for liquid biofuels should also help, as recommended to G20 leaders by UN agencies, the World Bank and others in June.

A smaller renewable energy industry could then press its advantages, as a cheap, proven alternative to fossil fuels and a useful stopgap to more expensive solutions, such as offshore wind, solar power, hydrogen fuel cells and electric cars.