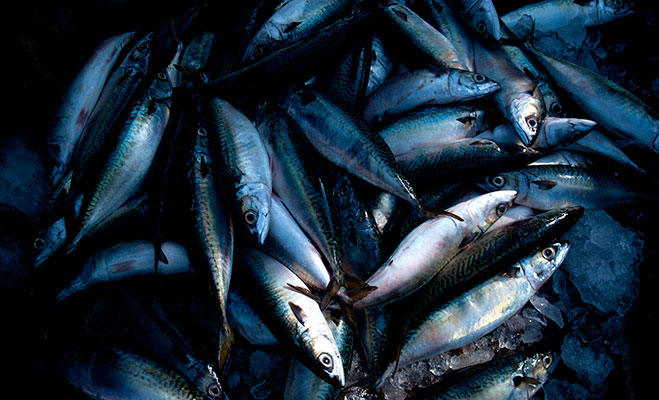 A battle for North Atlantic mackerel fishing rights is raging between Iceland and Ireland, as the two countries struggle to boost their fisheries. Ireland is urging the EU to approve sanctions against Iceland and the Faroe Islands over their refusal to enforce the international agreement to sustain mackerel fisheries.

Both countries have endured severe economic downturns since 2008 and rely on their fishing industries to sustain their precarious recovery. In 2007, before the crisis, Iceland fished 37,000 tonnes of mackerel, last year the number had shot up to 146,000 tonnes, the equivalent to €170m in exports. Ireland’s catch has gone up by only 6,000 tonnes since 2007.

“They are overfishing to an extent that will destroy mackerel stocks. Iceland and the Faroes saw an opportunity to make a financial killing, declared their own unilateral quota and ignored all the rules,” Simon Coveney, Ireland’s agriculture minister, said in an interview with the Financial Times.

Demand for the omega-3 rich oily fish is soaring in Russia and Japan, as a result prices have gone up to unprecedented highs. But the International Council for the Exploration of the Sea (ICES) has established stringent regulations in order to ensure the fisheries are sustainable. If ICES guidelines are followed the North Atlantic mackerel industry is worth around €1bn.

Iceland maintains that the surge in its catches is due to a change in the mackerel migration patterns, which have brought the fish closer to their island during summer feeding months. The EU agrees that feeding routes have changed, but negotiations with Ireland have failed to agree on new quotas. Ireland further accuses Reykjavik of endangering precious resources with reckless fishing.

The ICES has expressed its concern over the sustainability of current mackerel fishing practices, but has no power to override governments and force them to act.