But if they did, they’d probably be the best in the world and moulded in the image of Jørgen Buhl Rasmussen, the man at the helm of the world’s fourth largest brewer and inspirator behind their unique branding 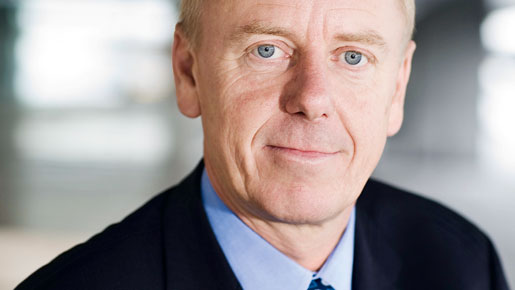 The globally renowned Carlsberg Group, well recognised for its popular slogans and captivating beer ad campaigns, created its finest advert to date when it decided to promote Rasmussen to the position of president and CEO in 2007. Five years on and the unfathomable devotion for Carlsberg remains intact – he still gets goose bumps when he comes across large Carlsberg posters on his travels.

Rasmussen, 55, originally joined Carlsberg in 2006 as an executive board member and executive vice-president responsible for Eastern Europe. He was snapped up from Gillette, where he had been between 1997 and 2006, first as president of Northern Europe until 1999 and then as the president of Gillette Group AMEE. Accepting the job at Carlsberg meant a return home for him as he had left Denmark in 1993 to run Duracell’s British business, first as general manager for the UK and Ireland, and later as the area director of Northern Europe.

The man for the job
The big companies of this world really must have sensed the potential on offer when head- hunting Rasmussen. Master Foods, Duracell, Gillette and Carlsberg all approached him in their search for the ideal general manager, marketing director, president and CEO.

The highly energetic and approachable Rasmussen grew up in a marketing and sales environment as his father ran a supermarket. He became a bachelor in Economics and Business Administration from Copenhagen School of Economics and Business Administration in 1977, followed by an MBA study in 1979. The strong background in marketing and the ability to use his experience wisely have made him the great asset he is today.

Carlsberg, which is the fourth-largest brewer globally, turned out to be a great option for Rasmussen as it threw him in at the deep end, asking him to be involved in the biggest takeover in Carlsberg’s 160-year history. The £7.8bn joint takeover with Heineken of British brewer Scottish & Newcastle in 2008 gave Carlsberg complete ownership of Russia’s largest beer brand, Baltika, and provided a big learning curve and invaluable experience for Rasmussen.

Only the best is good enough
Rasmussen is perpetually striving to improve his consumer understanding and is determined to achieve the best result for his company, saying: “Although international recognition is good, it is not enough. We are investing significantly in the Carlsberg brand, widening our distribution channels and making every effort to get closer to our customers and consumers.”

The Dane’s infatuation for anything Carlsberg does not go unnoticed as he continually talks with fervour about how special Carlsberg, the people within it and the company’s development is to him. According to those who meet him, he elicits a certain je ne sais quoi with his cool and collected enthusiasm.

The connection between Rasmussen and Carlsberg is an exceptional one; he respects that the company continues to put a great deal of money back into culture and arts, which yet again makes him feel drawn to its history, ownership and the way the company was founded. Rasmussen’s attraction with Carlsberg was also that the company had evolved a lot since the late nineties and showed desire to be a global player.

Furthering the global repositioning
Rasmussen knows the importance of product quality, usability and recognition but arguably nothing beats a catchy, successful slogan to help market the brand. Captivating, unusual slogans helped his company in the past draw potential consumer attention towards its various products. Carlsberg’s carefully thought-through slogans thanks to Rasmussen and his crew have proven to possess the power to evoke emotions and memories in its target clientele.

It is because of this that Rasmussen and the rest of the Carlsberg team are investing considerably in relocating its brand to support the group’s goal to become the fastest growing global beer company. Rasmussen feels that although Carlsberg’s famous green logo is known all over the world, its sales plainly do not measure up to its brand recognition.

“In April we launched a global repositioning of the Carlsberg brand. Carlsberg is one of the world’s most well-known premium beers but we do not believe that its sales measure up to its strong brand recognition and image. We therefore decided to invest significantly in repositioning of the brand to unleash its full potential and this also supports our ambition of being the fastest growing global beer company.”

Carlsberg has changed tactics and abandoned its slogan ‘probably the best beer in the world’ in a rebranding that the Danish brewer believes will lead to double the brand’s profits by 2015. Instead of its iconic slogan, Rasmussen and his team opted for the tagline ‘that calls for a Carlsberg’, which teamed up with the ‘Spaceman’ ad to fit with the global marketing push.

Rasmussen believes that within the current drinks market, consumer behaviour is shaped by free information, technology, travel, and career opportunities available at the swipe of a touchscreen. According to him “young, independent adults don’t wait for things to happen instead they go out and make them happen. They are prepared to take risks, to explore and accept new opportunities and to be courageous in the way they live their lives.”

Getting results
Most recently, Carlsberg and Rasmussen jointly achieved a 38 percent operating profit increase helped by a rebound in Russia’s beer market. EBITA rose to $194m, beer volumes grew by 11 percent to 23.3m and net revenue growth was up 14 percent to €1.7bn for the Copenhagen- based company. The company gets around 45 percent of its profit margin from Eastern Europe, where Q1 volume increased 28 percent year-on-year when Russian sales were low after the government tripled alcohol taxes.

Rasmussen, happy with the results, said: “We are satisfied with the group’s performance in Q1 and are particularly pleased that the important Russian market has returned to growth. We continue the efficiency agenda with the implementation of several large projects in 2011. At the same time, a number of commercial initiatives are taking place to support profitable market share growth, which includes the global repositioning of the Carlsberg brand that was announced in April.”

There is no doubt that Rasmussen is moving with the times, thanks to his resilience and relentless motivation to appreciate his customers. The resilience is paying off. As he joyously completes the publication of the company’s profit results, he simply adds: “That calls for a Carlsberg.”